Steve McQueen has received and apology from the New York Film Critics Circle for critic Almond White calling the film-maker a "garbage man". 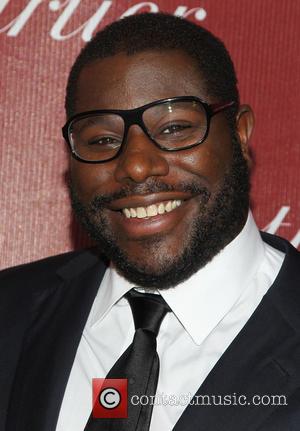 Hollywood's award season is well underway and the unpleasant jeering on Monday night (Jan 6th) just shows how ruthless it can be.

As the '12 Years A Slave' director accepted the award for Best Director from Harry Belafonte, whose speech left him in tears, an untimely interruption broke out, The Hollywood Reporter notes.

Armond White was heard shouting "You're an embarrassing doorman and garbage man," from his table at the back of the room. "F-you. Kiss my ass."

Either McQueen was trying to act professional or didn't hear the rude insults as he continued to thank the Critic's Circle for the honour in which White was heard again shouting, "pulease."

Well, not only did the loud, and probably drunk, critic embarrass himself but he also left the NYFCC feeling ashamed.

Chairman Joshua Rothkopf apologized to Fox Searchlight and McQueen in an email, which Deadline have obtained.

Rothkopf admits to have been "mortified" by White's behaviour and he "would like to apologize sincerely for the crass bit of heckling Mr. McQueen encountered."

He concluded the apology email with, "I'm especially pained that this occurred in your case. Rarely do we receive thank-you notes, as Steve sent us after the vote. Moreover, his speech showed a deep understanding of the history of our award winners: an honored group in which he stands as an equal."

Hopefully this will not happen at a bigger ceremony, like the Oscars! Steve McQueen has received and apology from the NYFCC