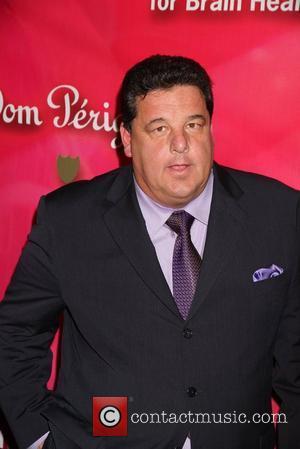 Actor Steve Schirripa was forced to wear a fat suit for the first two seasons of hit crime series The Sopranos because his body type didn't fit the role.
The star auditioned for the role of mobster Bobby 'Bacala' Baccalieri during the late 1990s, when he wasn't the big guy he became.
But, because the show's script included several jokes about the character's burgeoning waistline, producers asked Schirripa to don a thick bodysuit to keep the storyline in check.
The actor reveals, "I got the role, and I got the script, and then I saw all these references, that Tony (Soprano, lead character) would say to me, 'You're fat this, you're fat that, you're a calzone with legs.' And I'm going, 'I'm not that much fatter than him.'
"Then they called me a couple of days before the shoot, and they said, 'Come on down, you've got to get fitted for a fat suit.' So, (for the) first two seasons I wore a fat suit."
However, as the series progressed, the Hereafter star's eating habits caught up to him and he filled out the role on his own.
He adds, "I guess they thought I got fat enough on my own and I didn't wear it anymore."