Winwood Gives Away Daughter At Wedding 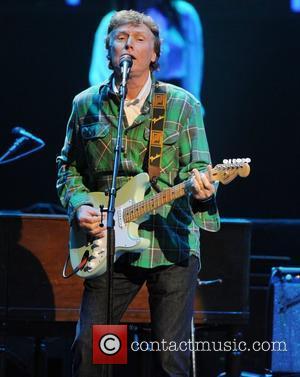 Rock legend Steve Winwood beamed with pride as he gave away his daughter at a star-studded wedding on Saturday (10Sep11).
The singer watched as his daughter Mary-Clare married entrepreneur Ben Elliott at the Church of St Peter and St Paul in Northleach, England.
The couple shared its happy day with singer Jamie Cullum and his wife Sophie Dahl as well as members of Britain's royal family - guests included Charles, Prince of Wales and his wife Camilla, Duchess of Cornwall, whose son Tom Parker Bowles was best man.
The bride and groom became engaged on a trip to India in March (11).

Winwood Gives Away Daughter At Wedding

Steve Winwood - While You See A Chance Video