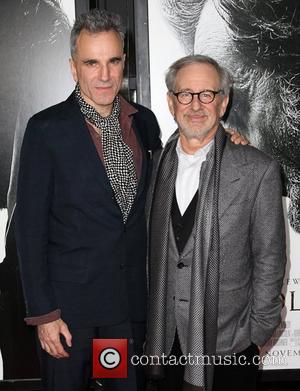 One hundred fifty-two years after being nominated for president, Lincoln has been nominated again, 12 times in fact. Steven Spielberg's biopic received the most nominations for this year's Academy Awards at announcement ceremonies in Hollywood early today (Thursday). With 11 nominations, Ang Lee's Life of Pi came in second. In something of a surprise, the romantic comedy Silver Linings Playbook drew eight nominations, edging out Ben Affleck's Argo and Tom Hooper's Les MisÃ©rables with seven each. Two films that had been expected to receive a big haul of nominations, Quentin Tarantino's Django Unchained and Kathryn Bigelow's Zero Dark Thirty, did not -- coming away with just five nods each. That was also the number garnered by the foreign-language film Amour and the James Bond thriller Skyfall. (But the number of nominations a film receives does not always correlate with the number of actual awards that it winds up with.) Although the Academy now allows as many as ten films to be nominated for best film, only nine made the list. In alphabetical order they were, Amour, Argo, Beasts of the Southern Wild, Django Unchained, Les MisÃ©rables, Life of Pi, Lincoln, Silver Linings Playbook, and Zero Dark Thirty.

Best Director nominees:
Ang Lee for Life of Pi, Michael Haneke for Amour, David O. Russell for Silver Linings Playbook, Steven Spielberg for Lincoln; and Benh Zeitlin for Beasts of the Southern Wild. (The complete list of nominees has been posted at http://oscars.org. Winners are scheduled to be announced during the annual Academy Awards ceremonies, to be televised by ABC on February 26.)