'Ready Player On' - Steven Spielberg's new sci-fi movie - has been handed a release date of December 15, 2017. 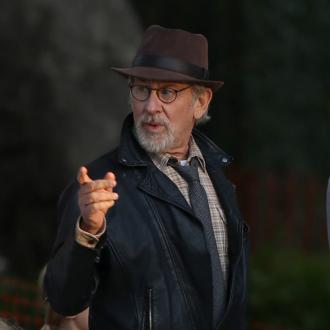 Steven Spielberg's new sci-fi movie 'Ready Player One' has been handed a release date of December 15, 2017.

The eagerly-awaited release is based on Ernest Cline's book of the same name and will see Donald De Line, Dan Farah and Kristie Macosko Krieger sharing producing duties with Spielberg.

Previewing the movie, Dan Fellman, Warner Bros.' President of Domestic Distribution, said: ''Any film from Steven Spielberg is an event film, so it felt right to date this thrilling new project from one of our greatest filmmakers for the holiday season.''

Meanwhile, one of Hollywood's biggest stars Chris Pratt recently admitted he was in awe of Spielberg when they worked together on 'Jurassic World'.

Asked who he's most enjoyed meeting in recent times, Chris said: ''Probably Steven Spielberg. Working with him and having him be a peer now is pretty remarkable. He's a guy who's an icon. I was never a film buff as a kid. I liked to entertain people and I liked comedy and I liked to escape with a movie now and then, but I knew who Steven Spielberg was.

''He was the first real celebrity director. Like the director you'd go see his movie because it was his movie. And 'Jurassic Park' was a big event for me.

''So working with him and just the idea that everyday the dailies would go back and he'd be sitting there watching them. And they'd be like, 'He really likes them!' And I'd be like, 'You're just saying that to be nice!'''