Dude Looks Like a Lady: Steven Tyler Does Audition in Drag on American Idol 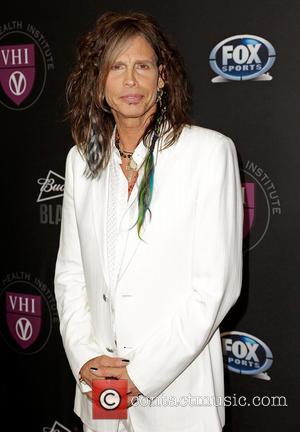 American Idol contestant "Pepper LaBeija from the House of LaBeija." rocked up in an impeccable face of make-up and a big blonde wig ready, a very short skirt and honking false boobs. She raring to audition, only for judges to double over in laughter upon the realisation that LaBeija was actually ex-American Idol judge, and Aerosmith front man Steven Tyler, reports MSN.

"I just wanted to come by and say hello. I love you. Good luck with this year," he told the judges for the reasoning behind is surprise appearance. Sadly, LaBeija nor Tyler actually got to audition and he flounced out of the audition room saying "No Hollywood for me." Clearly, he was very disappointed. However, while neither Tyler nor LaBeija got through, 45 other hopefuls certainly did.

This year's judges are long time judge, Randy Jackson, plus  Keith Urban, and at centre spotlight in the months leading up to the new series, rapper Nicki Minaj and singer Mariah Carey. Carey and Minaj had a bit of a dispute last fall which culminated in an alleged death threat. It's all water under the bridge now though, and by the time the live shows come around they'll undoubtedly be the best of friends.