Rocker Steven Tyler Gave Country Trio The Cadillac Three An Encore To Remember After Joining Them For A Surprise Performance During Their Concert On Saturday Night (19sep15). 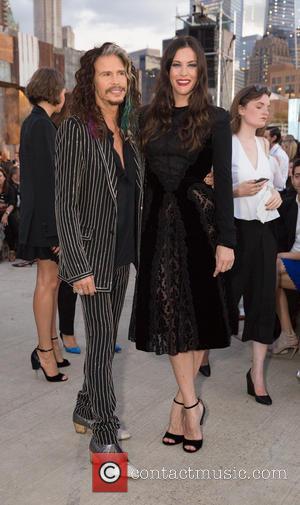 The Southern rock group was nearing the end of their sold-out show at Nashville's Cannery Ballroom, when frontman Jaren Johnston informed the audience that a special guest was waiting in the wings.

In fan-shot footage posted online, Johnston says, "He's the reason we are in a band and the reason we started playing music... Having our fans and the place we grew up party, dance and get loud, man, was everything to us.

"And, seriously, to have one of our biggest idols, and now friend, sing with us, we definitely couldn't dreamed this up when we started this crazy journey.

"I want to introduce you to my friend, Mr. Steven Tyler."

The crowd went wild as the Aerosmith frontman took the stage, holding a shirt with the number four emblazoned on the front, suggesting he's become the fourth member of the group.

After tossing the shirt into the crowd, Tyler led the band into a rendition of Aerosmith classic Sweet Emotion.

The Cadillac Three and Tyler became friends through their label Big MAChine Records, a company the rocker signed with earlier this year (15) as he embarked on a country music career. He's still recording his debut album with Nashville's top songwriters and musicians.