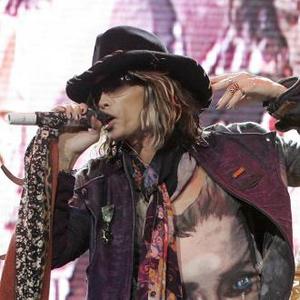 Steven Tyler believes Aerosmith's song for the 'G.I. Joe: Retaliation' soundtrack is ideal because it Mirrors the movie's themes.

The band's frontman thinks their track, 'Legendary Child', is the perfect song to accompany the forthcoming action movie - which stars DWAYNE 'THE ROCK' JOHNSON, Channing Tatum and Bruce Willis - because its theme of the group struggling to overcome adversity in the music industry is reflected in the film characters' onscreen Battles.

He said: '''G.I. Joe' [is] about deep space and 'let's go fight the foe.' And then I thought about where the band came from, and going [into] the music business.

''If there ever... was a foe, the music business was. So to be successful you had to learn how to climb ladders, jump through hoops and live through burning houses.''

Steven revealed the group spent 12 hours filming a video for 'Legendary Child', and he is excited about its release because guitarist Joe Perry was ''on fire'' while they were recording the song.

Speaking to ABC News Radio, he added: ''It's gonna be slammin'. Joe was on fire. Wait, you'll see.''

'G.I Joe: Retaliation' is to be released later this summer.