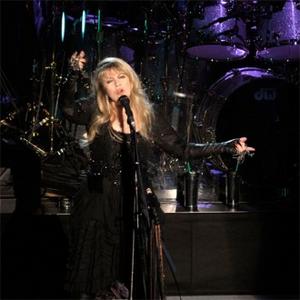 Stevie Nicks believes the internet is a bad thing.

The Fleetwood Mac singer thinks the web is ruining people's social skills and is destroying rock music which she loves.

She said: "The internet has destroyed rock. Children no longer develop social graces. They don't hang out anymore.

"I'm financially stable. I'm OK. But what about the kids trying to make it in this business? If you're not an established band, if you don't have a hit single, they're gonna drop you. There are a lot of people out there as talented as we (Fleetwood Mac) were, but they can't sustain being in a rock 'n' roll band for long without success. We were able to, but we're going to die out."

Despite her concerns for the future of the music business, Stevie's own career is going from strength to strength and she is set to release an album with former Eurythmics star Dave Stewart.

The 62-year-old songwriter - who hasn't released a solo LP for nine years - and Dave decided to work together after she gave him a book of her poetry and Stevie says their working relationship is like the one former Beatles John Lennon and Sir Paul McCartney shared.

She explained to the New York Daily News newspaper: "I gave him a book of 50 poems I had written over the years and he really liked them.

"Then we went to work, I would sit on a couch across from Dave. He'd play something on the piano. I'd throw out some lyrics.

"I've never written anything with anybody else before, butt his is a great opportunity to do something new. I now understand why John Lennon and Paul McCartney worked so well together. You feed so much off each other."