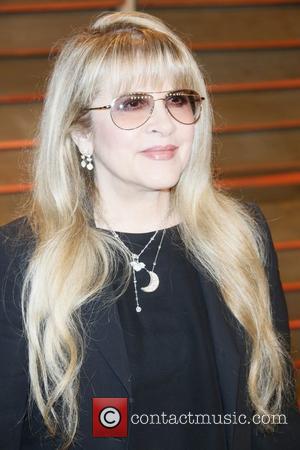 Stevie Nicks had to work hard to land a duet with Tom Petty on the classic rock ballad Stop Dragging My Heart Around because he insisted his band the Heartbreakers was a no-girl zone.

Petty reveals the Fleetwood Mac star refused to give up, even though the rocker and his bandmates mocked her dress sense and refused to let her join them in the studio for sessions.

He tells Men's Journal, "She wouldn't quit. She showed up at my house every night for a year. (I told her), 'There's no girls in the Heartbreakers."

But Nicks refused to give up and followed the band on tour: "(It was) 'Stevie's in room so-and-so, Stevie wants a song'.

"We gave her a hard f**king time: 'No way you're coming to a session. Look at the f**king clothes you've got on'. The fact that she stuck around was amazing."

Her persistence paid off and Stop Dragging My Heart Around became a top five hit in 1981.