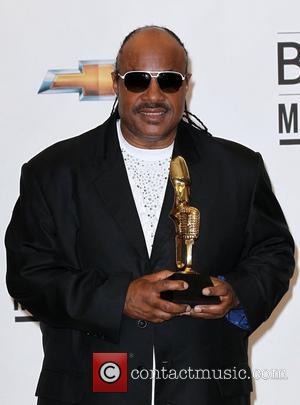 Last night's Bestival set from Stevie Wonder was a master-class in how to deliver a festival headline set. It had been a triumphant festival overall, thanks in no small part to the sunshine. The 2012 festival season has been blighted in the UK by horrific downpours, with some festivals, such as Creamfields having to be abandoned altogether. No such sob-story for Bestival though; the punters were treated to a weekend of perfect weather and great musical acts to keep them happy and see out the season in style.
Wonder kicked off his headline slot with a cover of Marvin Gaye's 'How Sweet It Is (To Be Love By You) and peppered the rest of the set with other covers, such as Michael Jackson's 'The Way You Make Me Feel' and The Beatles' 'She Loves You.' Of course, a Stevie Wonder set would not be a Stevie Wonder set without some of his own classic and of those, he had plenty. The huge crowd gathered on the Isle of Wight to watch the soul legend were treated to 'Higher Ground,' 'Uptight,' 'Signed, Sealed and Delivered' and the super-schmaltzy 'I Just Called To Say I love You.' His daughter, Aisha Morris, also joined him onstage to sing 'Isn't She Lovely,' melting the hearts of everyone in attendance.
Possibly the highlight of his performance, though, was his decision to close the evening with a rendition of 'Happy Birthday.' It was followed by a spectacular fireworks display from behind the main stage, making last night's show a highlight of Bestival's history.