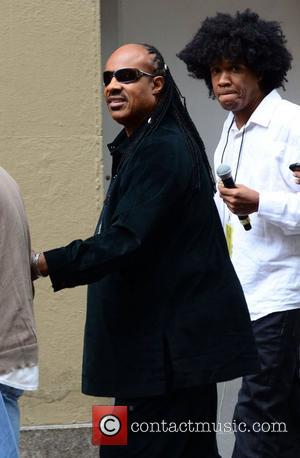 Stevie Wonder has apologised to fans after taking to the stage an hour late at a show in Sydney, Australia.
The soul legend played a concert at the city's Lyric Theatre on Wednesday night (26Oct11), but left waiting fans frustrated for more than an hour.
After eventually taking to the stage, Wonder apologised for his tardiness, telling the crowd, "We had a few little things happening before so please forgive me. We're going to do things differently tonight, have some fun."
The star went on to thrill fans by taking requests, and even played a song for Hollywood actor Leonardo DiCaprio, who was watching the show from the audience, according to the Aap.
DiCaprio is in Australia filming scenes for The Great Gatsby.