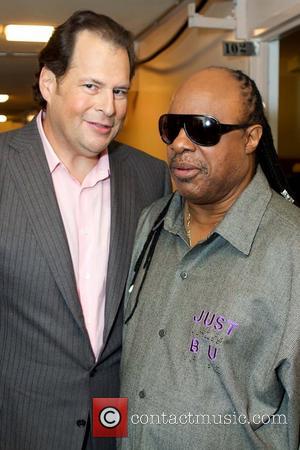 Stevie Wonder and Smokey Robinson put on a Motown tribute at the White House for U.S. president Barack Obama in celebration of America's Black History month.
The soul legends led a superstar line-up including Sheryl Crow, John Legend, Jamie Foxx, Nick Jonas and Seal to perform some of the Detroit, Michigan label's classic songs in front of the president and First Lady Michelle Obama on Thursday (24Feb11).
Motown founder Berry Gordy watched on as Legend sang Marvin Gaye's Heard It Through The Grapevine, Jordin Sparks took on the Supremes Stop! In The Name Of Love and Seal performed My Girl.
President Obama told the crowd, "Motown taught us that what unites us will always be stronger than what divides us. And in the decades since, those catchy beats and simple chords have influenced generations of musicians."