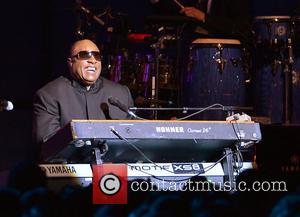 Stevie Wonder will be performing on Super Bowl weekend in New Orleans. The entertainer will be gathering crowds at an outdoor concert on February 2 at the Wyndham Waterfront Hotel – the evening before the big game.

According to the LA Times, the show will be sponsored by Bud Light – highly appropriate, considering the mood and theme of the Super Bowl itself, which can be summarized as “football and beer”. A number of other performers will also join the Rock’n Roll Hall of Fame veteran, including the Texan blues guitarist Gary Clark Jr.

The Super Bowl is always a weekend-long treat for sports fans, packed with all kinds of entertainment, but this year will be especially interesting given the scheduled returns and reunions by some of the iconic acts of the last decade. The half-time show will not only include an interactive performance by Beyonce, with the participation of her fans, but also, reportedly, an onstage reunion of Destiny’s Child, for the first time since the power trio’s final performance together at the NBA All Star game in 2006. Additionally, this weekend will see Justin Timberlake performing live for the first time in four years at DirecTV’s Super Saturday Night Concert. All in all, football is far from the only thing on the agenda next weekend.