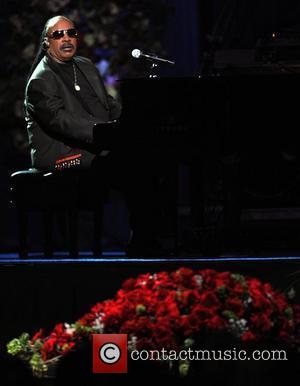 Picture: Stevie Wonder The memorial service for the King of Pop, Michael Jackson, at the Staples Center Los Angeles, California - 07.07.09

Legendary singer Stevie Wonder has a new job - he's been appointed a Messenger of Peace by the United Nations (UN).
The Superstition hitmaker, who is well known for supporting civil and human rights campaigns, has been handed the special position by UN Secretary-General Ban Ki-moon.
The position will focus in particular on helping people with disabilities.
A statement from the UN reads, "(Wonder's) career as a recording artist has reflected his concern with humanitarian issues. He has written, produced and/or performed songs relative to charities in support of disabilities, Aids, cancer, diabetes, hunger and homelessness, domestic abuse and many other causes on behalf of children and adults."
Ki-moon adds, "Stevie Wonder is a true inspiration to young people all over the world about what can be achieved despite any physical limitations."
Wonder follows in the footsteps of other United Nations Messengers of Peace including George Clooney, Michael Douglas and Brazilian novelist Paolo Coelho.