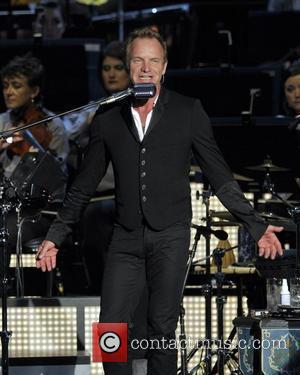 Stars including Sting, Robert Redford and Robert De Niro have signed an open letter to Iran's government calling for the release of a woman sentenced to death by stoning.
Iranian woman Sakineh Ashtiani, a mum-of-two, made headlines around the world earlier this year (10) when she was ordered to be stoned to death over alleged adultery. The execution was suspended following an international outcry.
Now stars and politicians have called for her release, signing a letter to Iran's Supreme Leader Ayatollah Ali Khamenei and President Mahmoud Ahmadinejad.
Published on the front page of Britain's The Times newspaper, the letter reads, "We, the undersigned, call on the government of Iran to release immediately Ms Ashtiani, her son Sajad Ghaderzade, and her lawyer, Javid Houtan Kian, from incarceration."
Other celebrities who have condemned the treatment of Ashtiani and have signed the letter include Mia Farrow and Juliette Binoche.

Sting will never reunite with The Police