Review of Between The Lines Single by Stone Temple Pilots

At the moment, we seem to be in the grips of some kind of 1990s renaissance, with Alice in Chains, Pearl Jam and The Smashing Pumpkins all releasing new and impressive material in the last 12 months, the imminent release of the new Hole album and the Soundgarden reunion promised not too far off in the future. Following the messy demise of Velvet Revolver, it was almost a given that Stone Temple Pilots would be next on the list to reform, and in 2008 they did, with a lengthy tour of the USA. 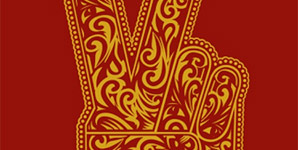 Between The Lines is Stone Temple Pilots' first single in almost a decade, as well as the opening track on their forthcoming self-titled album (out on May 25th on Atlantic), so the weight of expectation upon it is notably high. But what can I say? It delivers on all fronts. It's anthemic, it rocks, and it has just enough of that trademark quirkiness to make it classic STP. Clocking in at just under 3 minutes, it's a supercharged rock monster.

Everything about this song shouts "we're Stone Temple Pilots and we're back!" Weiland's vocals are on top form, soaring over the music but never distracting from the intricacies in the music, particularly the interplay between bass groove and guitar melody in the verses. Speaking of which, the guitar solo is seriously impressive and shows that all these years later, STP can still bring it with the best of them. The chorus is huge and features an obligatory reference to drugs. I'm sure when the band play Download Festival this summer the infectious "I love you when we talk about love" hook will be belted out long after the last notes ring out.

My only complaint about Between The Lines is that being only 2 minutes and 51 seconds; it's all over much too soon. It certainly bodes well for the comeback album. If the success this song has had in America is anything to go by, this reunion was an extremely wise career move. Welcome back guys, we've missed you.