Scott Weiland & The Wildabouts Have Cancelled Their Upcoming European Tour Due To "Administration And Production Issues". 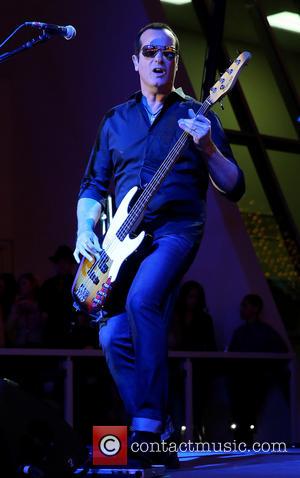 The former Stone Temple Pilots rocker and his band were slated to perform throughout the continent this autumn (15), but on Wednesday (29Jul15), the group announced the trek would not be going on as planned.

A statement posted on the band's website reads: "Scott and the band, along with management, want the fans to know that this decision was not made lightly, but as it stood, the tour dates had far too many administration and production issues to overcome, and ultimately the fan experience would have been far below what Scott feels his loyal fans deserve. Again, we apologise to our fans and appreciate their understanding in this matter."

It is unclear whether the gigs will be rescheduled, but they are still slated to play at London's The Garage venue on 3 September (15).

The band has suffered several shake-ups over the past year, with Weiland firing his longtime guitarist and business partner Doug Grean in early 2014, drummer Danny Thompson departing to work with the Alan Parsons Live Project, and most notably, the shocking death of guitarist Jeremy Brown, who passed away in March (15), aged 34, just a day before their album, Blaster, was released.

After the tragedy, Scott Weiland & The Wildabouts continued on their North American tour with former Jane's Addiction guitarist Nick Maybury filling in for Brown.