BBC’s Great British Bake Off has created and reaffirmed many superstars - from the incredible bakers to the delightful Mary Berry and the delectable Paul Hollywood. Now one of the programmes other heroes has got her turn in the spotlight as co-presenter Sue Perkins has been given a new BBC Two quiz show. The delightful other half of the Mel and Sue innuendo combo will front Insert Name Here with Pointless star Richard Osman and comedian Josh Widdicombe as team captains.

The quiz will see comedians and historians battle it out to argue that they have found the greatest owner of a particular name.

MORE: The BBC Could Face A £20 Million Battle To Keep Bake Off

Insert Name Here aims to follow in the footsteps of "clever quizzes" such as QI, Only Connect and Mock the Week.

Of her new show, 46-year-old Sue said: "In Hebrew, the name Susan means 'graceful lily', in Khmer it means 'girl with the bad puns' and in ancient Aztec it translates as 'she with the cockerel hair and dirty glasses'.

MORE: Sue Perkins Reveals She Has Had A Brain Tumour For Eight Years

"This particular Susan can't wait to get stuck into a whole host of Davids, Peters, Jonathans and Gertrudes - with the help of a magnificent Richard and a wonderful Joshua."

The show is due to air next year. 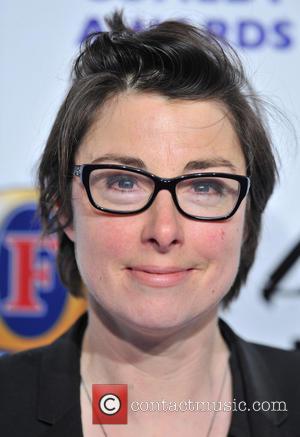