Suge Knight appeared in court yesterday (30.04.15) to plead not guilty to murder, attempted murder and hit-and-run and will now stand trial on July 7. 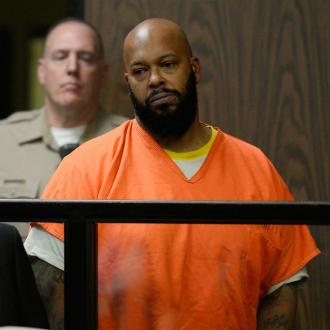 Suge Knight has pleaded not guilty to murder.

The Death Row Records co-founder appeared in court yesterday (30.04.15) over allegations he murdered businessman Terry Carter and attempted to murder Cle 'Bone' Sloan by running them over with his car following an altercation in January but he denied both charges, as well as one of hit-and-run, during the hearing at Los Angeles District Court.

His trial is set to begin on July 7, but Knight's lawyer, who claims his client was fleeing an ambush, will argue to have the case dismissed at a hearing on May 29.

The music mogul - whose real first name is Marion - had a request that his $10 million bail be halved denied by the judge, but his lawyer insisted that didn't matter as his good friend floyd mayweather will post bail for him this week, after his highly-anticipated bout with Manny Pacquio.

Lawyer Matthew Fletcher said outside the court: ''My understanding is that Suge is going to be bailed out this coming week.

''We think Mr. Mayweather is going to win the championship and then come champion the day again.

''They're good friends, and there's no reason he shouldn't. And we believe that will happen.''

However, a source close to the boxer told TMZ that he and Knight hadn't spoken for years and he has no plans to post bail.

Since being held in custody, Suge has suffered a number of health problems - including claiming he only had 15% vision in one eye and was completed blind in the other - and has collapsed in court on several occasions.