Bring on the nightmares...

As any horror fan will know, it takes skill to craft a film that is genuinely terrifying in this day and age; no longer are cacophonous crescendos good enough to raise the hairs on the back of our necks, no longer is blood and gore the key to our nightmares, and no longer do cheap 'BOO!' moments inspire deep-rooted dread. Robert Eggers' directorial debut 'The Witch', though, has managed to set a new standard for future horrors in critics' eyes. Anya Taylor-Joy stars in The Witch

One would think that witches are such an old-fashioned myth that it's impossible to scare anyone with them anymore. After all, 'Sabrina The Teenage Witch', 'Charmed' and other such shows and films have glorified them and made them hip rather than spooky. And they're merely a source of comedy in such movies as 'Hocus Pocus' and 'Hansel & Gretel: Witch Hunters'. Even genuine witch-related horrors that have become cult classics are still infamously terrible ('The Blair Witch Project').

Happy 30th Birthday to The Sundance Film Festival! A whole host of stars and celebrities flocked to have their pictures taken at Sundance.

The Sundance Film Festival is currently in full swing, having begun on 22nd January, and wrapping up on 1st February. This year, something particularly special is in the air at Salt Lake City, as the festival is celebrating its 30th anniversary this year. That's right, the Sundance Film Festival has been running for 30 years! Starting out back in 1985, Sundance screened 86 films with the help of 13 staff members. Last year, the festival showcased 186 films of 12,218 that were submitted. That sort of growth has helped Sundance become one of the biggest independent film festivals in, not only North America, by the world. This year, 54 first-time filmmakers are having their films premiered at the festival, but there are plenty of well-known faces there, as well, as 200 films are being shown this year for the monumental anniversary. For the 12th year running, The Village at the Lift has been set up in Park City with a café, restaurant, nightclub and photo studio. And this photo studio has seen a host of celebrities for the festival flocking in to pose for pictures in promotion for their various films, taken by Larry Busacca.

By Holly Williams in Lifestyle / Showbiz on 26 January 2015

Lena Dunham took to Sundance to express her views on the Oscar winning filmmaker.

Lena Dunham was as outspoken as ever on the panel of 'Power of Story: Serious Ladies' at Sundance Film Festival last weekend, as she took aim at award-winning actor and director Woody Allen over his marriage to his son's sister. The 'Girls' star is never one to keep her opinions to herself, but there may have been an exchange of awkward glances as she discussed the issue of characters and reality on the Sundance panel, even suggesting Woody Allen was a 'perv'. Insisting that men got the better deal when it came to people thinking actors are like the characters they play, Dunham launched into a personal attack.

Robert De Niro's documentary is one of the highlights of the Sundance programme for 2014.

The Sundance Film Festival 2014 will attract countless creative directors hoping for a chance to screen their hard-work to a welcoming audience. One of which is Robert De Niro, who, with the help of HBO, has made a documentary about his own father aptly named Remembering the Artist Robert De Niro Sr., detailing his abstract-expressionistic art-work from the post WW-II era. Robert De Niro Will Screen A Tribute To His Father

Robert De Niro is one of the Godfather's of the movie world. As an actor, director and producer, he's shone a light on gangster, and recently comedic roles for decades. Raging Bulls, Mean Streets, The Godfather II, and Goodfellas are just a handful of films that harnessed definitive characters from years. Now, the seventy year old has turned the camera to a more personal icon in his life; his father.

One Michael Fassbender. One Giant Ceramic Head. It's Sundance 2014.

Sundance Film Festival 2014. It's all about Michael Fassbender and 'Frank'.

The line-up for the Sundance Film Festival 2014 has been announced and boy, oh boy, there's some tasty selections. The most interesting of which comes in the form of Lenny Abrahamson's movie Frank, in which Oscar-contender Michael Fassbender plays a musical genius with who wears a giant ceramic - or papier mache - head. "His character wears a giant ceramic head the entire film, so you've got this [actor] who can basically take any film role out there and he takes one where he hides his face," says John Cooper, director of Sundance, "A brave choice from someone who's known for his brave choices."

First time director Randy Moore's film Escape From Tomorrow, a film about a man who is informed that he's lost his job on holiday but tries (often in vain) to give his family a good time, has been hailed as extra-ordinary in its techniques but is also surrounded by a web of litigious fears about whether or not Disney will sue them, and whether or not Disney would win.

The LA Times writer Steven Zeitchick told NPR about the film, which was shot almost entirely on location in Disney Land, Florida, but without the park's agreement. Zeitchick described it as "one of the most unusual and provocative films" he's ever seen. Plus, explaining why it's so original, and thus exciting, he said: "Randy Moore snuck in, guerrilla-style, [with] these very small cameras and would have his actors... running around amid not extras, but everyday tourists at the park. And it's really something. It's completely guerrilla-style. And it's something I've never seen before."

Disney are notorious for their fierce protection over anything that's theirs, so the prospect of a lawsuit is very likely. Tim Wu, a law professor Columbia university thinks that Disney's case "would be pretty weak" because "It's a film that falls pretty squarely in the territory of fair use, which addresses copyright." Phew! However, while Moore might win the battle in court, as Zeitchick predicts "this may be a film that lives on in a kind of underground, mixtape, pirate website kind of way, but... [never] in theaters."

British singer songwriter James McCartney signs autographs after performing at the Sundance Film Festival in Utah. He waves at the photographers and signs a few autographs for his fans. At one point, he appears to be drawing a picture for one fan; on closer inspection it is indeed a drawing of the fan's face. James even signs the picture in the bottom corner, the way an artist would.

James is the only son of former Beatle Sir Paul McCartney and Linda McCartney; he spent most of his childhood on the road with his parents

Motley Crue frontman Tommy Lee and Joel Zimmerman, aka Deadmau5, are seen out and about during the Sundance Film Festival in Utah. The pair head for a waiting car, with Tommy getting in first, followed by friends, all carrying shopping bags. Deadmau5 brings up the rear and helps his friends settle themselves in their seats with their bags. Once everyone is in Deadmau5 gives the photographers a cheesy grin before signing a few autographs and getting into the car himself.

Video - Matthew Gray Gubler At Sundance To Watch His Own Movie

Actor Matthew Gray Gubler (Criminal Minds; 500 Days Of Summer; Alvin and the Chipmunks) chats about his new movie, Excision, during the Sundance Film Festival in Utah. Matthew is his usual cheery self as he trudges through the snow. He talks about how much he loves snow, describing himself as being from 'different weather' (Matthew was born in Las Vegas); he acknowledges how he would probably grow to dislike it if he lived in Utah. He watches out for someone behind him who presumably slips.

When asked about what he's hoping to see at Sundance, Matthew jokes about his movie Excision, which then turns into a recommendation to the photographers to go and see it

Actress and model Phoebe Price is seen at the Sundance Film Festival in Utah. She goes along a row of fans, signing autographs, before posing for photos with a few more of her admirers. She was well wrapped up in the Utah cold but was still wearing her signature sunglasses.

Phoebe is a regular guest at various red carpet events. She is set to appear in the upcoming thriller Stanley LeBrock, about a mentally challenged man who is linked to the disappearance of a young woman in a small town in Texas 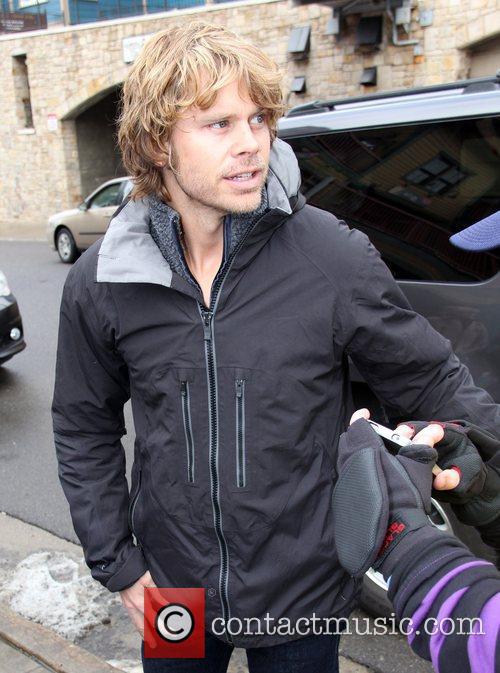 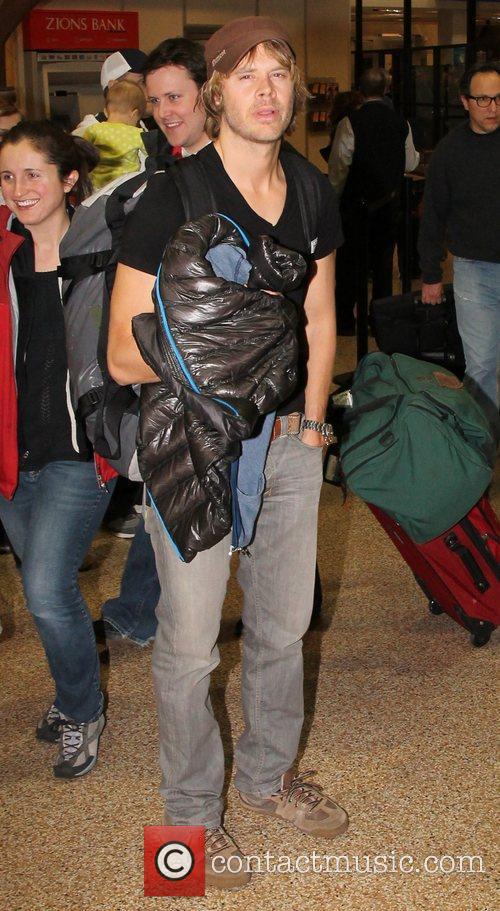 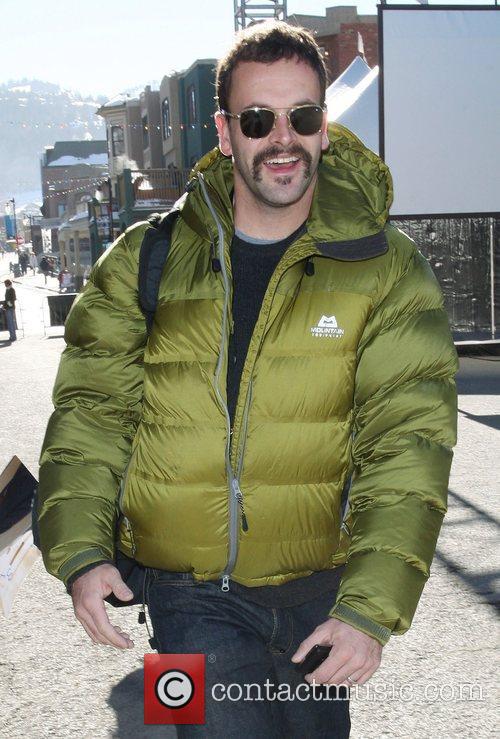 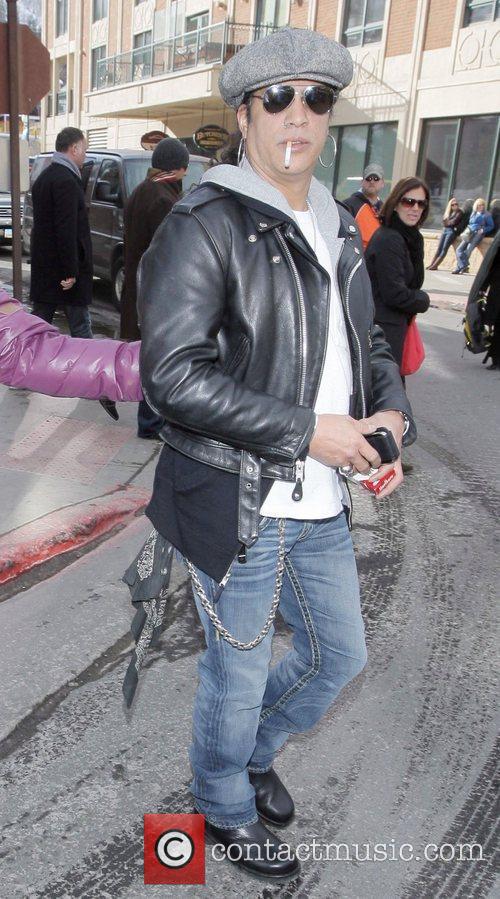 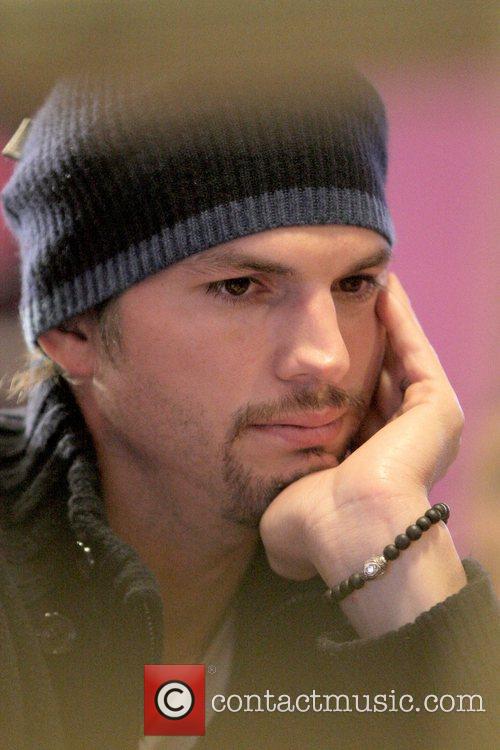