Susan Boyle has revealed she was diagnosed with Asperger's syndrome in 2012 and hopes "people will treat me better because they will have a much greater understanding of who I am." 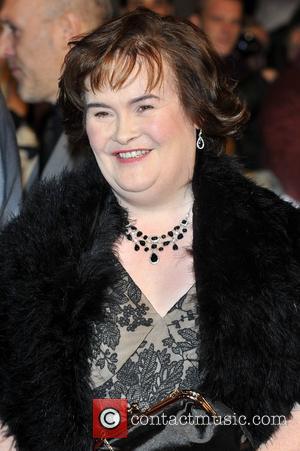 Susan Boyle is undoubtedly the biggest and most heart-warming success story from any reality talent show that have dominated the television screens in the last decade.

Four years ago in 2009 the Scottish born auditionee shocked the world with a mind-blowing performance of 'I Dreamed A Dream' on 'Britain's Got Talent'.

However the journey, from a personal viewpoint, has been less than easy with many critics labelling her as someone with learning difficulties and even 'brain damaged'.

In a recent interview with UK's The Observer the 52 year-old reveals she was diagnosed with Asperger's syndrome in 2012, which is a high functioning form of autism.

"It was the wrong diagnosis when I was a kid," she says. "I was told I had brain damage. I always knew it was an unfair label. Now I have a clearer understanding of what's wrong and I feel relieved and a bit more relaxed about myself."

The syndrome tends to effect an individual's communication skills and social interaction ability, but Boyle describes finding out the diagnosis as a "relief".

"I went to seek a diagnosis from a Scottish specialist," she told the Observer. "Nobody told me to. I thought I had a more serious illness and couldn't function properly."

Interestingly, the series of simple tests she went through concluded that her intelligence levels had nothing to with the syndrome as she says, "I was told my IQ was above average."

The 'Home For Christmas' hit maker continued, "It will not make any difference to my life. It's just a condition that I have to live with and work through."

Susan also hopes public will not continue to label or poke fun at her like in the past, now they know what she is dealing with the critics can show greater respect. "I think people will treat me better because they will have a much greater understanding of who I am and why I do the things I do." Susan Boyle was diagnosed with Asperger's syndrome in 2012