Scottish Singer Susan Boyle Has Taken Drama Lessons In A Bid To Achieve Her Dream Of Forging An Acting Career. 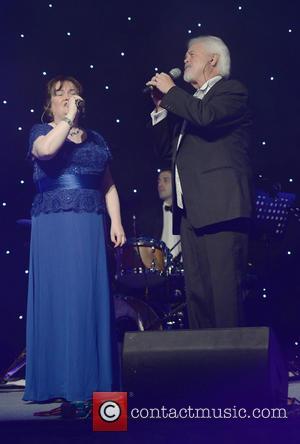 The I Dreamed A Dream hitmaker made her acting debut in festive movie The Christmas Candle in 2013, and has now taken lessons with coach Bernard Hiller, who has worked with stars including Al Pacino and Cameron Diaz, to hone her skills.

She tells Britain's Daily Mirror newspaper, "It (the course) was brilliant. He helped with my nerves as well as acting and I'm sure it will also improve my performance on stage..."

Boyle also reveals she is determined to land a role in an upcoming biopic based her life, adding, "I'm very excited about the film project. The script is great and the team behind it are brilliant... I think it would be fun to have me in crowd scenes - almost like a Where's Wally? See how many times you can spot the real Susan in the film."