Susan Boyle is to be the focus of a new TV show chronicling her day-to-day life in Scotland. 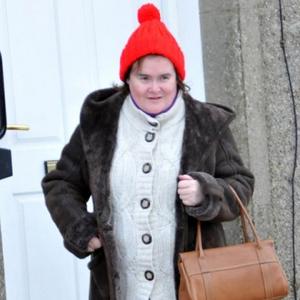 Susan Boyle is to be the subject of a new reality TV show.

The Scottish singing sensation is to appear in a fly-on-the-wall documentary to show how little she has changed since shooting to worldwide fame after competing on 'Britain's Got Talent' in 2009, with the footage following her in her hometown of Blackburn, West Lothian, carrying out everyday tasks such as grocery shopping and attending church.

The 50-year-old star has been filmed since January and the footage includes her backstage ahead f her performance on 'China's Got Talent' and recording a charity duet with British comic Peter Kay.

A source told the Daily Record newspaper: "Despite the fact she's had this enormous success in record sales, she wanted to show her fans she's still the same Susan.

"She still lives in the same house and has a normal life.

"Since the beginning of 2011, she has been filmed for a fly-on-the-wall documentary about her life."

The program will be shown on UK station ITV1 just before the release of her new album 'Someone to Watch Over Me' on November 7.

Earlier this week, Susan performed 'You Have To Be There' on 'America's Got Talent' and bonded backstage with fellow star guest Nicki Minaj.

After visiting the eccentric rapper's dressing room, Susan gave her some lessons in reaching higher notes and in return wanted to try on some of Nicki's outlandish costumes.

A source told The Sun newspaper: "The two stars might be total opposites but they got on like a house on fire. Nicki was showing Susan all of the stage outfits she'd brought with her and she kept asking to try them on.

"She was fascinated by Nicki's bum and just couldn't take her hands off it."