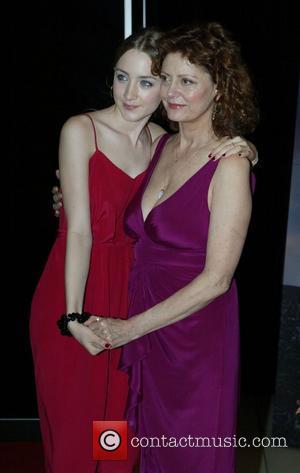 Picture: Susan Sarandon and Saoirse Ronan The premiere of the film 'The Lovely Bones' at Greater Union Cinemas. Sydney, Australia - 10.12.09

Susan Sarandon is fed up with Hollywood directors churning out mindless blockbusters, insisting audiences want to be challenged by more thought-provoking films.
The Thelma & Louise star believes studios release too many films without substance in a bid to make millions at the box office - and she's calling on executives to start catering to cinemagoers who crave stimulating stories.
She says, "I think it's important for directors to tell stories that they feel passionately about. There's a lot of dumbing down because Hollywood is so greedy. They want to make everything appeal to everyone, so they end up homogenising things. They don't trust that audiences can take something that's a little edgier or a little bit unusual.
"It's not true that audiences just want things that are mindless. They don't think the audience can go for two minutes not understanding what's happening and that everything must be tied up at the end and that they can't be sad and that they can't be confused.
"So they treat audiences like they're two (years old) - and audiences are pretty smart!"