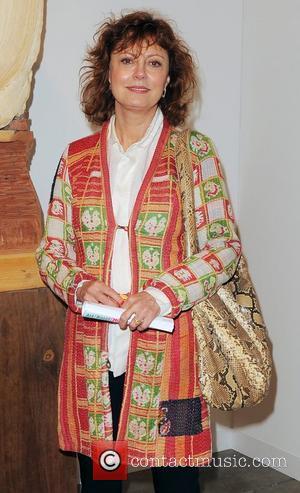 Susan Sarandon is hoping to take her son JACK on her next Unicef charity trip - because she's convinced the journey will be "very educational" for the budding moviemaker.
The Thelma & Louise star has been a United Nations Goodwill Ambassador since 1999, and she is a keen advocate for victims of hunger and HIV/AIDS, as well as children suffering poverty.
She has been on a number of trips as a representative for the United Nations Children's Fund (UNICEF), including visits to Tanzania and India, and she's keen for her film student son Jack, 21, to join her on one of her journeys in the future.
Sarandon tells Parade magazine, "I'm hoping that my eldest son will join me. He has expressed an interest in taking a trip with me and possibly filming. One of the things that's always been the hardest is how lonely you are when you're there and you're so emotionally involved, so to be able to have one of my kids with me, I think would be great for me and probably very educational for him.
"It's been really eye-opening. The reason that they send celebrities into these places is so that you can come back and speak in the first person about what you've seen.
"Besides that obvious reason, it's just such an education for me to really get to be in people's homes or huts and to talk to people and be able to ask questions and understand something on a personal level as opposed to just reading about it. I'm very, very grateful for the opportunities that I've had."