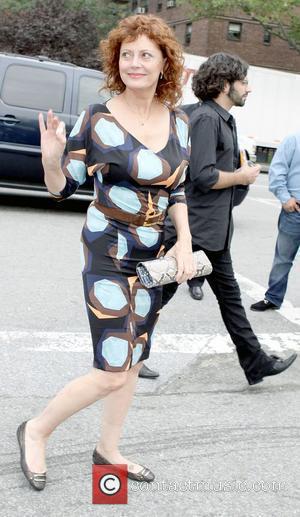 Actress Susan Sarandon has thrown her support behind a protest rally against social inequality in New York by mingling with demonstrators in the Big Apple on Tuesday (27Sep11).
The Oscar winner, who has been a vocal activist for many years, visited the Occupy Wall Street encampment in Manhattan where protesters have been speaking out against corporate greed.
The 64 year old chatted with the demonstrators and asked questions, telling reporters at the scene, "I'm just here to be educated," according to the New York Daily News.
Sarandon is not the only star to have shown support for the movement - filmmaker Michael Moore joined a march on Monday (26Sep11), while funnyman Alec Baldwin took to Twitter.com to write about police officers' alleged heavy-handed treatment of demonstrators during the protests.