Susan Sarandon And Tim Robbins' Filmmaker Son Jack Henry Slept Rough Across The U.s. To Experience The Struggles Of The Homeless As He Made New Documentary Storied Streets. 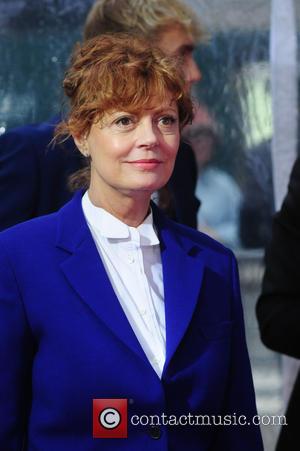 The 26 year old co-directed the film with writer Thomas A. Morgan and travelled to 13 cities, from Los Angeles to New York, to explore the issue of homelessness and the circumstances that lead to different people living on the streets.

Sarandon, who served as the film's executive producer, reveals her eldest son even sacrificed his own luxuries for a few nights to really try to understand his documentary subjects.

During a joint appearance on U.S. news show Access Hollywood, she explains, "I think what Jack shows is how difficult it is to live on the streets and how humiliating it is for most people.

"They try to hide it and so you have a kid in school that's living under the (gym) bleachers, a kid whose family left him and he wanted to finish his education... There's a lot of different reasons and I think what he did with this film is just try to make people understand, who have compassion fatigue at this point, about the homeless, that this could be your relative... There are so many people that are so close to being homeless with just a bit of bad luck...

"Jack went on the streets, stayed with different people, and gained their trust."

Robbins reveals the news of his documentary made its way back to one of his former classmates at the University of Southern California (USC), who subsequently confessed she had been homeless while she was studying at college.

He adds, "That's kind of evidence about how you don't know (who is actually homeless)."