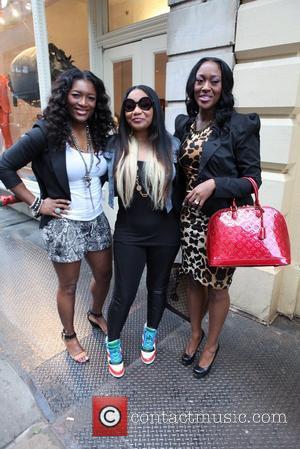 Reclusive soul star D'Angelo is set to return to the U.S. stage for the first time in 10 years to perform at the 2012 Essence Music Festival.
The Brown Sugar singer will make his live comeback on the first night of the New Orleans, Louisiana event, which takes place in early July (12).
D'Angelo has not released an album since 2000's hit Voodoo, but reports suggest he's working on new material and is ready to make his chart return after a troubled few years away from the spotlight.
The singer, real name Michael Archer, has spent time in rehab battling drug addictions and, in March (12), he pleaded guilty to disorderly conduct after allegedly soliciting oral sex from an undercover police officer he mistook for a prostitute last year (10).
Other artists taking the stage at the Essence Music Festival include Mary J. Blige, Aretha Franklin, Trey Songz, Mary Mary, Estelle, Marsha Ambrosius and SWV.

SWV - Can We Video

SWV Use Your Heart Video