Rocky spin-off film Creed to be shot in London

The new 'Rocky' spin-off movie 'Creed' - starring Sylvester Stallone - is set to be shot in London. 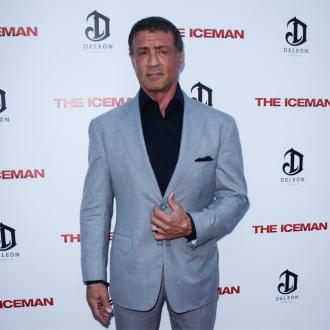 New 'Rocky' spin-off movie 'Creed' is to be shot in the UK.

Training scenes for the boxing movie - which sees Sylvester Stallone reprise his role as legendary fighter ROCKY BALBOA for a seventh time - are set to be filmed in London after bosses decided to bring the franchise to Britain for the first time.

A source told The Sun newspaper: ''So far they have scouted Thames bridges, east London and the City as possible backdrops.

''Rocky has so many fans in Britain, bosses think it'd be great to set some of the key scenes in London. They want as many of the most iconic buildings in the shots as possible, and to add a good dose of British grit to proceedings too.''

The film stars Michael B. Jordan star as Adonis Johnson Creed, the grandson of Rocky's most famous opponent and friend Apollo Creed - played by Carl Weathers in previous films in the franchise - who Rocky decides to train to the top.

The reason for the setting changing from the series' traditional home Philadelphia to London could be that Adonis Creed is due to fight English boxer 'Pretty' Ricky Conlan - portrayed by professional British boxer Tony Bellew - in the story of the film.

The spin-off sequel is being directed by Ryan Coogler - who also co-wrote the script.

Former super-middleweight champion Andre Ward has also been cast in the movie and filming has already taken place in Philadelphia - the hometown of Rocky which has featured in the previous six films - and Las Vegas.

Speaking about the project previously, Stallone, 68, said: ''It's very interesting because people would think it would be 'Rocky VII' ... it's not, I have a supporting role ... I think it will be a great movie.''