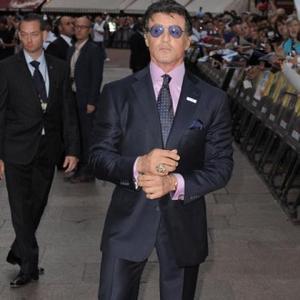 The pair are favoured by director Peter Segal for the boxing movie - which tells the tale of two rival boxers who are tempted back into The Ring for one last bout despite neither of them having fought for years - and will film the roles next year.

A Hollywood insider said: "Stallone and De Niro are expected to come on board as they're both fans of the director and have both sent themselves up in comedies in recent years.

"If they go head-to-head in the ring it will certainly be a little piece of Hollywood history."

Both actors are well known for portraying boxers in the past - Stallone, 64, has appeared in six 'Rocky' movies while 67-year-old De Niro won an Oscar for his portrayal of Jake La Motta in 'Raging Bull'.

Stallone is expected to work on a follow-up to his hit action movie 'The Expendables' soon, while De Niro has a number of projects coming up next year, including 'The Killer Elite' with Jason Statham and 'The Dark Fields' alongside Abbie Cornish and Bradley Cooper.