Sylvester Stallone was thrilled when Jean-Claude Van Damme asked to be the villain in 'The Expendables 2' - because he got to ''kick the s**t out of him'', the Belgian actor has revealed. 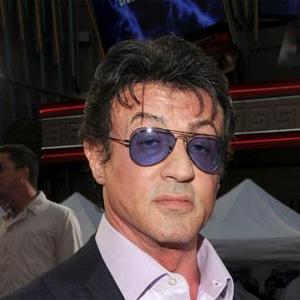 Sylvester Stallone was thrilled when Jean-Claude Van Damme asked to be the villain in 'The Expendables 2' - because he got to ''kick the s**t out of him''.

The Belgian actor joined the all-star cast of the action sequel and admits his co-star - who conceived the idea of the movie series - was delighted to be able to do battle against him in his role as adversary Jean Vilain.

Jean-Claude said: ''I wanted to play the villain, I said. Which is not stupid. Stallone said, 'F**k, he's giving me the pleasure to kick the s**t out of him.' ''

Jean-Claude says working on the film - which also stars Bruce Willis, Dolph Lundgren, Arnold Schwarzenegger, Jason Statham and Jet Li - gave him an added respect for Stallone because of his passion for the project.

He added to Total Film: ''Stallone was very happy about my acting. He was kinda upset because he didn't know which take to take. So he's a great teacher in a sense of knowing the character. Very intelligent.

''He's really making a movie as an Expendable. It's almost like he has his own world. He's created a world and he's in that world. I have a lot of respect for that because he really showed me how much a person can love a film.

''And then being with all those guys was kinda cool because I knew all of them before. I met them on the screen. I met them on my way up when I was just doing movies like 'Bloodsport', 'Kickboxer'... So it was kinda like a reunion.

''So I've got to say a big thank you to the idea of Stallone putting the 'Expendables' together, and to choose me for the villain.''