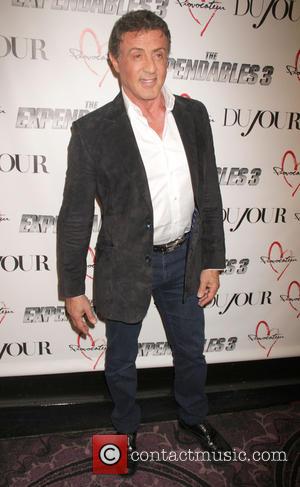 Sylvester Stallone saved Terry Crews from a movie death on the set of The Expendables 3 after realising the action man was deeply distressed about his final scene.

The Rambo star reveals Crews' character was killed off in the script, but he had a last-minute reprieve.

Stallone tells Wenn, "He came so close to being expendable forever. He was going to die. I could see him sitting there moping, walking around the lobby knowing in an hour I'm gotta shoot him! Or Mel (Gibson) is gonna shoot him; it's a done deal. He's over.

"For the past year he was out in the script. It was actually like death row (on the day). He just didn't want to go. So I said to the producer, 'What do you think? Thumbs up or thumbs down?'

"I'm looking at Terry and he's sitting there all depressed, so we decided to shoot him in the knee and one of his legs because he's got big legs and he could survive that. He comes out for the scene and I said, 'Alright, today you survive. You live!'"