Sylvester Stallone will exhibit his art work in Nice, France, from this weekend. 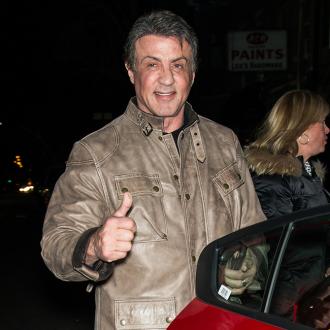 Sylvester Stallone is to exhibit his paintings in France.

The 68-year-old actor will showcase some of the artwork he has created over the last 50 years at Musée d'Art Moderne et d'Art Contemporaine in Nice, and will personally be at the event's opening on Saturday (16.05.15).

Following the opening, VIPs will gather at the Place Massena with the mayor of the city for a celebratory dinner

Many of the 'Expendables' star's paintings are inspired by his movie roles, or feature references to the likes of Michael Jackson, James Dean and his ex-wife Brigitte Nielsen.

Speaking about his 2010 portrait of the late 'Thriller' singer, Stallone has previously said: ''I always felt that Michael Jackson was one of the great dichotomies.

Though his work is going on display, the 'Rocky' star - who previously admitted it can take up to 15 years to finish one piece of art - won't be showing everything he has created.

He previously said: ''The ones that I realise are just hopeless, I give to my brother.''

The former art student has previously showcased his work in Russia, Switzerland and Miami and thinks he is a better painter than actor.

He has said: ''I think I'm a much better painter than an actor,.

''It's much more personal and I'm allowed to just do what I want to do. Quite often in acting you have to play a certain part, you cannot speak as much as you want to speak. I suppose the heroes don't talk much, you have to be very stoic.''