System of a Down - Protect The Land Video

System Of A Down have never been ones to shy away from social and political issues, but their latest song 'Protect The Land' is one of the most powerful politically-charged tracks they've ever released - and it's all in aid of protecting their home nation of Armenia and the Republic of Artsakh.

While they haven't released a full album since 2005's 'Hypnotize', the band have been busy this year raising funds for the Aid For Artsakh Campaign and the Armenia Fund with a video for new song 'Protect The Land' and another track entitled 'Genocidal Humanoidz'. They're all about the atrocities that are taking place in Artsakh and Armenia, with a plea to help those affected by the genocidal acts of corrupt regimes in Azerbaijan and Turkey.

'Protect The Land' and 'Genocidal Humanoidz' are System's first songs in 15 years, and while this long gap has largely been down to creative differences, these tragic circumstances are certainly something that has united them as musicians and humanitarians.

It may not be top of the news in the UK or the US, what with COVID-19 and the presidential election taking over headlines, but it's definitely something that needs to be brought to wider attention. 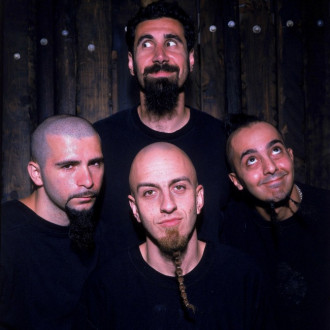