John Legend And Tyrese Gibson Were Honoured For Their Philanthropic Work At The Triumph Awards On Saturday (12sep15), In A Moving Ceremony That Also Featured A Performance From Rapper T.I. 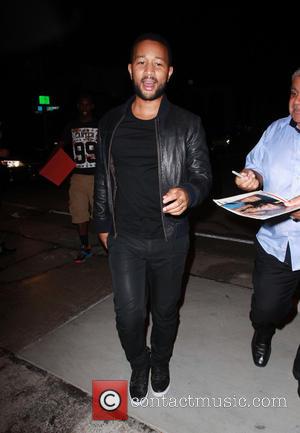 Legend received the Presidential Award for service and humanitarian efforts at the ceremony in Atlanta, Georgia. The Grammy-winning singer accepted the honour in a pre-taped video with the Reverend Al Sharpton, Billboard.com reports.

Gibson was named Entertainer of the Year, and was presented with his award by Martin Luther King III, before performing his single Shame.

The awards were hosted by actress Tichina Arnold, and the show celebrated the work carried out to help those in underprivileged communities.

Rapper T.I. performed a spoken-word piece called United We Stand, in which he urged young people not to lose focus, and to support the Black Lives Matter movement.

Comedian Wanda Sykes was honoured with the Activism in Arts award for her work with youth homelessness and within the lesbian, gay, bisexual, and transgender (LGBT) community, while civil rights minister Reverend Joseph E. Lowery received the Chairman's Award for his "historic and transformative service".

The ceremony will air on 3 October on U.S. channel TV One.