Page 2 - T.I. Vs. Mayweather, And 5 Other Rappers Who Clashed With Athletes 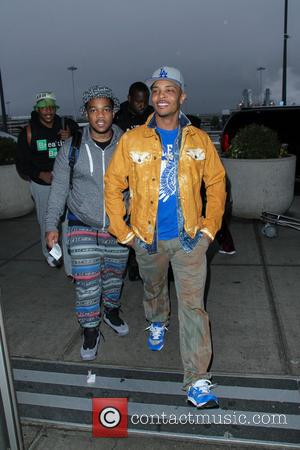 This beef was actually pretty short-lived and started off with Jay Z's good friend LeBron James and Stevenson clashing during the 2008 NBA Playoffs. Stevenson allegedly called LeBron "overrated" and LeBron retaliated by saying that "responding to [Stevenson] would be like Jay Z firing back at Soulja Boy."

Stevenson responded to Soulja's comments by giving him courtside seats to a game which is when Jay Z offered his two cents on the matter by releasing a freestyle Stevenson-bashing verse over Too $hort's 'Blow the Whistle.' The fight had a pretty short half-life though and died off a few days later when LeBron's Cavaliers knocked off Stevenson's Wizards. Jay Z Couldn't Resist Throwing Down Some Acid In The Fight Between DeShawn & LeBron.

Former friends LL Cool J and boxer Mike Tyson used to be close but all that changed when Iron Mike agreed to record some "Yo Canibus..." lyrics for rapper Canibus' 1998 diss song, Second Round K.O.' Thing allegedly bubbled over when Canibus got the tattoo that LL had always wanted: a picture of a microphone on his arm, according to All Hip Hop.

LL Cool J made sure to respond in 'The Ripper Strikes Back' rapping "Heard that convicted rapist on the record too, fresh out of jail, ass cheeks sTIll black and blue." Ouch. Thankfully, things never actually came to blows but there was some sure hostility from both sides. The fight was soon forgotten after LL rose to stardom and Canibus' debut flopped. We couldn't write a run-down of the most notorious rapper vs. sportsman clashes without mentioning Kanye West and Kris Humphries historic animosity. Before Kimye was even a thing, the rapper admitted in a 2012 rap that he was in love with Kris' then-wife Kim Kardashian. "And I'll admit, I fell in love with Kim/'Round the same time she had fell in love with him/Well, that's cool, baby girl, do ya thing/Lucky I ain't have Jay drop him from the team," he rapped on 'Cold.'

The basketball star was sharp-tongued in his response, tweeting "I'm up at Brooklyn! @S_C_ 'lucky I didn't have Jay drop me from the team.' lol!" after resigning from the Nets not long after. The pair never actually had it out with each other but if we're talking about Kim, of course, Kanye won. It's Kanye West: He Has Had Beef With Everybody.