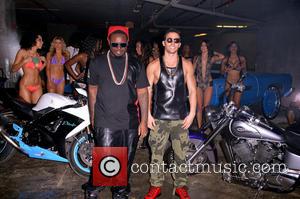 Rapper/singer T-Pain fell into a deep, booze-fuelled depression in 2010 when plans to release a joint album with Lil Wayne were derailed by the Lollipop hitmaker's prison term.

The pair had teamed up in 2008 to release a mixtape under the name T-Wayne and had planned to follow it up with a full studio release.

However, the record was delayed as Wayne was sentenced to a year behind bars for gun charges, and T-Pain admits the setback hit him hard because he had been banking on the project to help him secure a record deal with his pal's Young Money Entertainment.

Wayne walked free from prison in 2011, but by that time, T-Pain reveals he had developed a heavy booze addiction.

T-Pain claims his personal troubles, coupled with a miscommunication between his management team and Wayne's bosses Bryan 'Birdman' Williams and his brother, Ronald, eventually cost him a spot on the Young Money Entertainment roster, and he ended up signing to RCA Records for the 2011 release of his solo album, Revolver.

The much-hyped T-Wayne album has still yet to be released. 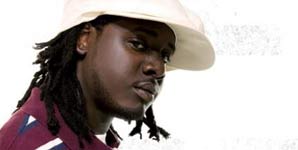