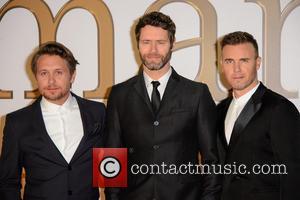 Take That stars Gary Barlow and Mark Owen almost missed out on their bandmate Howard Donald's wedding because he did not want a media frenzy on his big day.

Howard tied the knot with illustrator Katie Halil in an intimate ceremony surrounded by close friends and family earlier this month (Jan15), and he wanted to keep the nuptials as low-key as possible, so he considered not inviting his star pals.

Barlow tells British newspaper The Sun, "We really had to fight to get an invite. I promise you that's true. We were very lucky to get there at all."

Owen adds, "He didn't want us there originally because he hates any sort of fuss. But there was no way we were going to miss it."