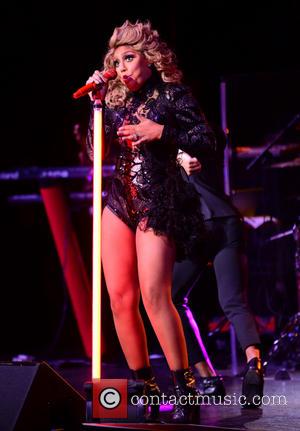 It was ladies night at the Soul Train Awards in Las Vegas on Friday (08Nov13) as Tamar Braxton and Janelle Monae took home top prizes.

Braxton was named Best R&B/Soul Female Artist and she also picked up Song of the Year for Love & War and the Ashford & Simpson Songwriter’s Award. The singer also performed a three-song set during the ceremony.

Monae, who was recovering from a throat infection that prompted her to delay the start of her new tour, claimed the prestigious Video of the Year Award for her Erykah Badu collaboration Q.U.E.E.N.

The superstar quartet each sang a snippet from one of Warwick's hits and then came together to sing her 1985 tune That’s What Friends Are For.

Another performance highlight came at the top of the show when Jennifer Hudson teamed up with Evelyn 'Champagne' King, Chaka Khan and rapper T.I. for a hits medley, while Big Daddy Kane and Slick Rick performed The Show with Doug E. Fresh.

The awards ceremony, hosted by Anthony Anderson, was held at the Orleans Arena in Las Vegas.