R&b Singer Tamar Braxton Has Been Dropped From The Line-up For This Weekend's (12-14jun15) Los Angeles Pride Festival After Organisers Struggled To Get In Touch With The Star. 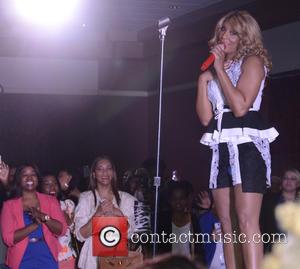 Toni Braxton's younger sister signed up to perform during the organisation's 45th anniversary festivities months ago, but L.A. Pride Executive Producer Jeff Consoletti claims officials have been unable to reach her since to confirm details of her appearance.

As a result, event bosses have decided to scrap her set altogether instead of risk a no-show, and they have reportedly recruited rapper Angel Haze and pop artist Ivy Levan to fill in, according to TMZ.com.

Braxton has yet to respond to the allegations, but Consoletti is not planning to launch legal action against the singer because she never picked up her pay cheque.