R&b Singer Tamar Braxton Suffered A Health Scare On Thursday (19mar15) When She Required Medical Treatment For Anxiety And Shortness Of Breath. 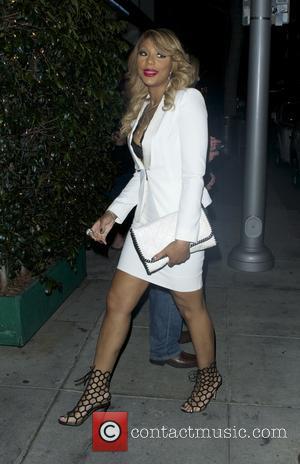 According to RumorFix.com, the younger sister of Toni Braxton was taken by ambulance from the set of her U.S. talk show The Real and admitted to Providence Saint Joseph Medical Center in Burbank, California as a precaution.

She has since been released from doctors' care and is said to be doing fine, reports Eonline.com.

The hospital visit occurred two days after Braxton celebrated her 38th birthday on Tuesday (17Mar15), and comes amid reports suggesting she and her manager husband, Vince Herbert, owe $1.6 million (£1 million) in taxes.

Braxton laughed off the allegations in a Twitter.com post on Friday (20Mar15) and threatened to take legal action over the claims, writing, "If my husband owed 1.6 (million dollars), hell 4.6 million dollars I could pay that! Be very careful because you ARE sending me to the hospital with anxiety issues!! Maybe I Should talk to my Lawyer about the rumors you are spreading and how sick it's making me... You did say that's why I went correct (sic)."