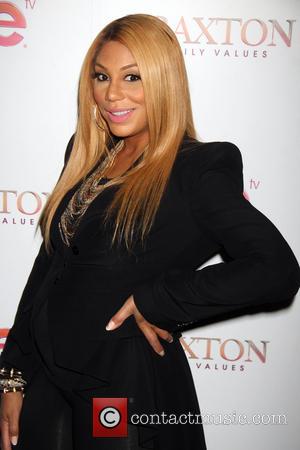 Singer Tameka 'tiny' Cottle has been left red faced after accidentally revealing the sex of her pregnant pal Tamar Braxton's baby in a new video interview.

Braxton and her husband Vince Herbert announced they were set to become first-time parents earlier this month (Mar13), and now T.I.'s wife has ruined the couple's big surprise by letting slip it's a boy.

During an interview with HipHollywood.com, she said, "I know everything about this baby. And I know…I was gonna say what it was. I know the baby’s name. Of course I know what it is, and I’ve seen his little face. She has a 4D picture."

Mortified by the confession, the former Xscape star struggled to regain her composure as the interviewer moved on to a different topic.