Usher's Son On The Mend After Pool Accident, But Mother Won't Get Full Custody

Usher Jr. is out of hospital following a terrifying pool accident at his father's house but his mother lost her bid for custody after a court hearing.

R&B singer Usher almost lost his son, Usher V, in a swimming pool accident where the youngster got his arm trapped in a drain whilst trying to retrieve a toy. The boy, 5, was staying at his father's house but the performer wasn't home at the time. Instead, supervision of the child was left to Usher's Aunt Rena in a situation that Usher's ex-wife Tameka Raymond terms as "negligent." When the boy's arm became stuck, Rena jumped into the water and tried to save him. She couldn't dislodge his arm from the drain and neither could a maid who was nearby. Eventually, two contract workers in the house dove into the water and saved the day. The men are credited with releasing Usher V from the drain and performing CPR on the unconscious boy until they were sure he was breathing. Usher was notified and rushed home where he then rode with his shaken son to hospital in an ambulance.

Continue reading: Usher's Son On The Mend After Pool Accident, But Mother Won't Get Full Custody

By Elinor Cosgrave in Lifestyle / Showbiz on 08 August 2013

Usher's ex-wife Tameka Raymond has filed for an emergency court hearing which will decide who receives custody of their two sons. The filing follows an incident on Monday (5th August) in which, allegedly, their eldest son nearly drowned whilst in Usher's care. Usher at the Empire State Building, New York in July 2013.

Raymond claims their two children are, when in their father's care, placed in a dangerous environment. This primarily concerns Usher's decision to leave the children in the care of other people, specifically members of his family. Raymond claims those who are in loco parentis are not up to the task of caring for children. 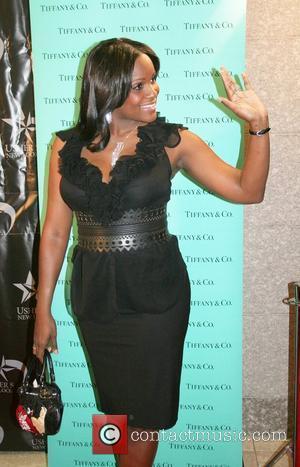 Tameka Foster Gives Her Side Of The Story After Custody Ruling