Tara Palmer-Tomkinson's sister claims she has seen the late socialite's ghost twice since her death and she is ''happy where she is''. 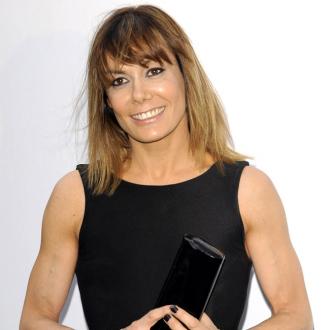 Tara Palmer-Tomkinson's sister claims she has seen the late socialite's ghost twice since her death.

Tara died suddenly in February 2017, at the age of 45, after suffering a perforated ulcer and peritonitis and her sibling, author Santa Montefiore, 50, says she has been in contact with Tara who is ''happy where she is''.

Santa told The Sun newspaper: ''I have actually seen Tara twice since her death - and she's fine, she's very happy where she is. She's doing fine. I have also felt her presence at times.''

Santa - who is trained as a medium - added: ''I have dabbled in it. I've done courses at the College of Psychic Studies in London - and I grew up seeing spirits a lot as a child.''

Meanwhile, Santa previously claimed in 2018 that she had been receiving signs from her late sibling.

Recalling one incident when she was listening to a recording of her sister singing and her teenage son asked whether it made her feel sad, Santa shared: ''I said, 'It doesn't, because it makes me feel close to her.' Then all the lights went out.''

After Santa thanked her sister for letting her know she was with them, the lights suddenly came on again.

She explained: ''I've always been very spiritual. Tara wasn't and hated any mention of ghosts. I'd tell her of the people I'd seen in the night and she hated it. So now it's quite funny she appears to me like that.''

Tara battled a cocaine addiction during her adult life, while she also admitted to struggling with anxiety.

And Santa has said she often wonders whether there's more she could have done to help her sister.

She said: ''Life's too short to regret, but there are regrets that she wasn't well.

''I often think, 'Could I have done more?' And you do wish things had been different. I wish I'd been able to help her or inspire her.''