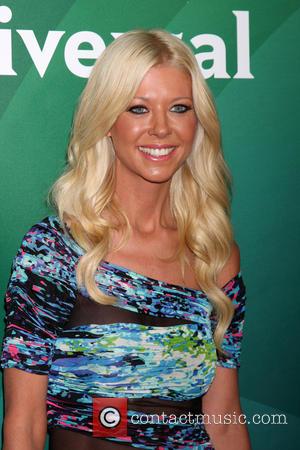 Actress Tara Reid refused to promote Sharknado when the cheesy disaster movie first came out last year (13), because she feared the title alone would end her career.

The American Pie star's Tv film became a surprise phenomenon and now the sequel has hit U.S. Tv screens with record-breaking ratings, but she wasn't a fan when she first signed on to star in a film called Dark Skies.

She tells Access Hollywood Live, "When I first did it, it was called Dark Skies, so I thought, 'Ok, it's not gonna sound so bad on my resume... it'll be fine'. And then all of a sudden... they're like, 'We're changing the name to Sharknado'. I said, 'Oh my God, this is it! My career is over...' I begged them to change the name. It was horrible. They said, 'Trust us... It'll work'.

"When it came I never told anyone about it... I thought, 'Ok, it's on Syfy (network), no one will ever see it'. When it became this phenomenon, I was like, 'Are you joking me, is this really happening?'"

The sequel smashed network records when it debuted on Wednesday night (30Jul14).