When Ginnie introduces her boyfriend Martin to her father Mr. Gallo, it's safe to say he is left extremely unimpressed by Martin's career as a banjo player. Six months down the line, Mr. Gallo is back in Los Angeles, knocking on Martin's door asking after his daughter. Though Martin broke up with her a while ago, he does have a possible address for her and agrees to accompany Mr. Gallo to the place in question. They don't find the daughter but they do end up picking up one of her former roommates. This little mission of theirs turns out to be a lot more dangerous than Martin thought it would be, and he and Mr. Gallo ending searching for Ginnie for a whole night getting into all sorts of trouble; Mr. Gallo is suspiciously adept at and unfazed by fighting, and they even get themselves locked up in a police cell. That's bonding like we've never known it before. 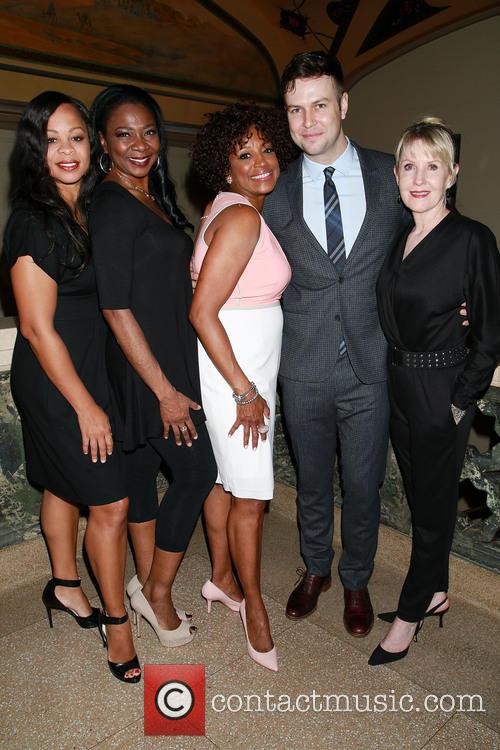 The Internet Is Divided Over Dakota Johnson's Isis Sketch

The internet is divided over SNL's Isis sketch.

Despite her racy Fifty Shades of Grey role, Dakota Johnson isn't really known for being particularly controversial. Saturday Night Live on the other hand, has never shied away from the more controversial topics like, say, ISIS. On Saturday, the show aired a pre-filmed sketch with Johnson, which used the extremist faction as a punch line. Dakota Johnson stirred yet more controversy on SNL this weekend.

The story was pretty familiar - a proud dad (Taran Killam) drops off his Army-bound daughter (Johnson). They say their goodbyes, it's all appropriately soppy and emotional, etc. Then Killam as the dad looks up at the sound of a car horn and tells Johnson: "Your ride is here." Actors, anchors and TV hosts alike were all spotted showing their support for 'Anchorman 2: The Legend Continues' at the New York premiere held at the Beacon Theatre.

Last Night's SNL Featured The Neglected Characters - All Of Them, Played By Kerry Washington

It was a good way to address the problem, especially after the "black comediennes aren't ready" slipup.

They had to do it. There couldn’t have been a better opportunity for SNL to address the diversity issue than a guest appearance by Kerry Washington. SNL fans were eager to see how the show would tackle its obvious lack of black comediennes with a prominent diversity advocate (not to mention an exceptional actress) like Washington on board. They were not disappointed. Washington had to play both the First Lady, Oprah and a whole host of other celebrities.

So you know how people have been complaining that the lack of a black comedienne severely limits the cast’s topical sketches? The two main examples were Oprah and Michelle Obama – with noone to impersonate them, SNL has missed some golden opportunities over the past six years (the last time Michelle Obama was featured in a skit, she was played by Maya Rudolph in 2007). Not last night though, because Washington was on a mission to perform all the sketches! All the sketches that SNL hasn’t done due to casting limitations. The writers didn’t waste any time and the Scandal actress came out as the first lady at the very beginning of the episode causing President Obama (Jay Pharoah) to remark, "I feel like it's been years since I've seen you!" See what they did there?

Continue reading: Last Night's SNL Featured The Neglected Characters - All Of Them, Played By Kerry Washington

Kerry Washington has been killing it lately – the newly pregnant star is doing great both in her personal and her professional life, with an upcoming SNL hosting gig to look forward to. In the promos, Washington and Taran Killam riff off each other on topics like Scandal, Eminem’s special performing style (the rapper will be the musical guest during the episode) and of course, that ever touchy subject – Washington’s body. Washington looked glamorous as ever, promoting her SNL episode.

To be fair, the actress isn’t showing any sort of baby bump and looks killer in a purple ensemble (and matching lipstick.) Killam on the other hand, has opted for the traditional uniform – patterned shirt and neutral cardigan. But enough about the clothes, let’s talk about the controversy.

By Steven Williams in Lifestyle / Showbiz on 10 September 2012

Two television actors, the stars of 'How I Met Your Mother' and 'Saturday Night Live', Cobie Smulders and Taran Killam have gotten married after being engaged since 2009.

Television actors Cobie Smulders and Taran Killam have been married. 'How I Met Your Mother''s Smulders and 'Saturday Night Live''s Killam were married in California at Alisal Guest Ranch and Resort in Solvang on 8th September, 2012. The ceremony lasted 15 minutes and saw around 300 guests, including Smulder's so-star Allyson Hannigan.