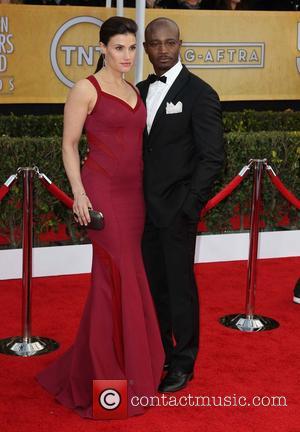 Taye Diggs had an eventful night on Sunday (January 27, 2013) and not just because he attended the Screen Actors Guild Awards. The Private Practise star found himself playing the hero when he returned home from the awards ceremony, where he had been presenting, when he found an intruder at his Los Angeles abode.

Diggs returned home to find the 20 year old man, Hassan Omar Juma in the garage on his property and according to Fox News, chased the man, catching him and detaining him. When the police arrived, Juma was arrested and reportedly charged with first-degree felony residential burglary. He has now been jailed, in lieu of $50,000 bail. Hassan Omar Juma faces trial this afternoon (January 30, 2013) in a Los Angeles courtroom. If he is convicted, he faces up to six years in prison.

Taye gave no indication of the drama that had unfolded at his home, on his Twitter page. Before he headed to the awards ceremony, he shared his excitement with his followers, saying “Yup. Headed to the SAG awards w the lovely ‪@idinamenzel. Presenting w ‪@busyphillips. These things can be so much fun...” and later on, he said how much fun he’d had: “Dee felt bloated, but I had a blast. My favorite part is the dance party afterwards. Dj Paesche kills it and everyone's on the dance floor.” Taye Diggs earlier that evening, presenting at the SAG Awards