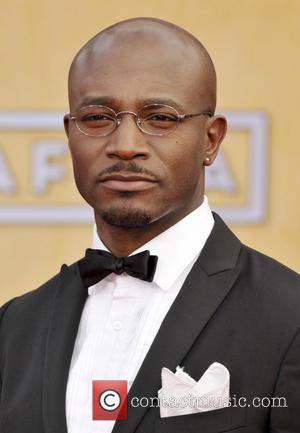 An intruder rooting through Taye Diggs' garage got quite the fright on Sunday evening (January 27, 2013) when the man himself returned home from the Screen Actors Guild Awards. Diggs and wife Idina Menzel arrived back at their Los Angeles home at 11.20pm, though the Private Practice suspected all was not right.

After wandering into his garage, Taye discovered the burglar, Hassan Juma, who attempted to flee. Needless to say, he didn't get very far and was detained by the actor until cops arrived. "The suspect tried to run away, but [Diggs] chased him down the street and was able to detain him until police arrived," LAPD spokesman Richard French told People magazine, "At this time, I don't know exactly what he did to the suspect to detain him." Juma, 20, was arrested and charged with burglary though pleaded not guilty in court. Superior Court spokeswoman Patricia Kelly said Juma entered the plea on Tuesday afternoon and will return to court on February 8, 2013. Though being caught in a garage that isn't yours seems pretty damning evidence to us, Juma clearly thinks he can get out of this one. If convicted he faces six years in prison.

At the SAG's, Digg and Cougar Town actress Busy Phillips had handed out the award for outstanding performance by a female actor in a drama series to Claire Danes, of Homeland. He and wife Menzel later danced to the beats of DJ Pesce at the official after-party.