Actor Taye Diggs Is Returning To Broadway As The Next Cross-dressing Lead In Hit Musical Hedwig And The Angry Inch. 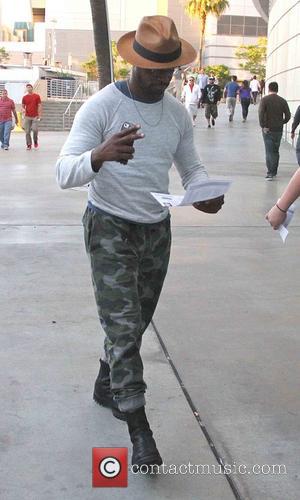 The How Stella Got Her Groove Back star will be taking over the titular role of German rocker Hedwig from Darren Criss, who will end his run on 19 July (15).

Diggs, who will be the first African-American actor to portray Hedwig on Broadway, hinted at his new project last week (13May15), when he took to Twitter.com to post a photo of his latest tattoo on his forearm, which reads, "I love Daddy", in his five-year-old son Walker's handwriting.

Next to him is a script for Hedwig, leading eagle-eyed fans to speculate he would be putting on high heels and make-up for the Tony Award-winning musical.

Diggs last appeared on Broadway in 2004, when he had a brief stint as Fiyero in Wicked, opposite his then-wife Idina Menzel. He has also starred in Chicago, Carousel and Rent.